When I first delved into EMIR back in 2012, the importance of ‘equivalence’ didn’t even cross my mind, least of all how the global bit of all this OTC swap reform was going to play out.

Given the complexity of what had just landed in your lap, why would it?!

A year or so down the road, being older and wiser, the penny dropped about the global bit and I wrote about it in a blog in October 2013 that considered the true scale of global OTC swap reform. 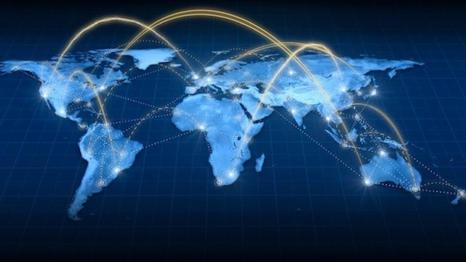 As I started working through how the global bit might work in practice, I was introduced to ‘extraterritoriality’, which defines the boundaries that each jurisdiction’s regulatory reach extends to. Whilst this is complex subject matter, the problem is relatively simple – if two counterparties from different jurisdictions trade with each other, both counterparties have to comply with their own regulations and so if we consider say, the clearing obligation, you clearly can’t clear a trade twice, as per whatever each jurisdiction’s regulation requires.

The workaround to this problem is ‘equivalence’ and ‘substituted compliance’ and the mechanism for how equivalence and substituted compliance will work, is easy enough on paper – each jurisdiction reviews each other’s regulations, sees if they are largely the same and if so, grants ‘equivalence’ to those regulations which in turn allows said counterparties to chose which regulation the two of them will comply with, effectively ‘substituting compliance’ for one of the counterparties. (For a quick primer on the cross-border application of OTC swap reform (yay!), you can catch up on a previous blog here that walked through this.)

And so with 3 years of EMIR now under our belt and a relatively advanced state of play for global OTC swap reform, where are we with regards to equivalence and making the global bit work? Why is implementing equivalence proving so difficult and what is causing all of the headaches?

Well, plenty actually and so by way of example, let me walk you through the process whereby the EC would assess the equivalence of a non-EU country and thus where the hurdles and complexities might lie ahead. I’ve broken this down into 1. how the assessment process actually works and then 2. how equivalence is actually granted and I’ve replicated the ESMA Q&A format so that ESMA can ‘cut and paste‘ as and when required! 🙂

How will the EC assess whether a non-EU country’s regulations are equivalent?

To simplify this, we have ploughed through all 3 Articles and have come up with the following list of touch points that the EC will need to look at when considering equivalence:

Article 25(6) – Recognition of a third-country CCP

Legal and supervisory arrangements to ensure:
– Equivalent CCP authorisation requirements
– Effective supervision and enforcement of those CCPs on an ongoing basis
– Effective equivalent system for the recognition of CCPs

Article 75(1) – Recognition of a third-country TR

Legal and supervisory arrangements to ensure:
– Equivalent TR authorisation requirements
– Effective supervision and enforcement of those TRs on an ongoing basis
– Equivalent guarantees of professional secrecy

So, we make that something like 12 touch points that will need to be considered, for each country being assessed as equivalent.

At a more granular level, we would note that “ESMA has followed an objective-based approach where the capability of the regime in the third country to meet the objectives of the EU Regulation has been assessed on a line-by-line analysis of the differences and similarities between the requirements of the third country and those provided for in EMIR”, which gives you an indication as to why equivalence is taking so long!

If you want a taster of what this might involve, the ESMA technical advice for Australia alone amounts to 224 pages of analysis – incredibly, that’s a higher page count than all of EMIR and the first round of 9 technical standards combined. We know – you couldn’t make that up!

How will the EU grant equivalence to a non-EU country’s regulations?

Rather than just making an update on the ESMA website (too obvious!), the EC actually requires implementing acts to be drafted and a law to be passed granting equivalence to a non-EU country’s regulations.

This may be particularly challenging because not only will the legislative process add at least 6 months to getting anything done, but 6 months could well end up being substantially longer, should the process become log jammed as a result of potentially 18 other countries (reference FSB 9th Progress Report) that the EC may need to review.

Additionally, as identified in the ESMA Q&As Equivalence Question 1, there are at least 12 touch points of the regulations that will each need to be considered for equivalence and so whether the EC will elect to do this in 12 implementing acts, piece meal or en masse is anyone’s guess.

Either way, our back of an envelope calculation would suggest that for 19 countries involved in OTC swap reform, considering 12 touch points of the regulations and with each country assessing every other country, this could result in 3,888 equivalence assessments globally!

You get the idea of just how complex the global bit of OTC swap reform has now become.

Will it ever play out?

It’s a fair question because whilst the larger jurisdictions will likely find a common path to equivalence, it’s hard to see the smaller jurisdictions managing to achieve the same degree of due diligence with their assessment.

Or if they’ve even got the resources to do it in the first place!

Or maybe they just don’t bother and we live with asymmetric equivalence?

Or they just give it a ‘finger-in-the-air’ kind of assessment and hope for the best?

Or we end up with secondary, non-equivalent, fragmented markets?

Ironically, for all its global bravado, OTC swap reform has actually been implemented in a notably un-global way and so realistically, what are the chances of achieving unqualified global equivalence?

We just don’t know at the moment, which is kind of worrying given the global OTC swap reform regulations that are either live or in-flight and that are kind of relying on equivalence being in place!

And so perhaps the question you now need to be thinking about is how globally intertwined is your OTC derivatives operating model and how dependent is your operating model on equivalence actually playing out?